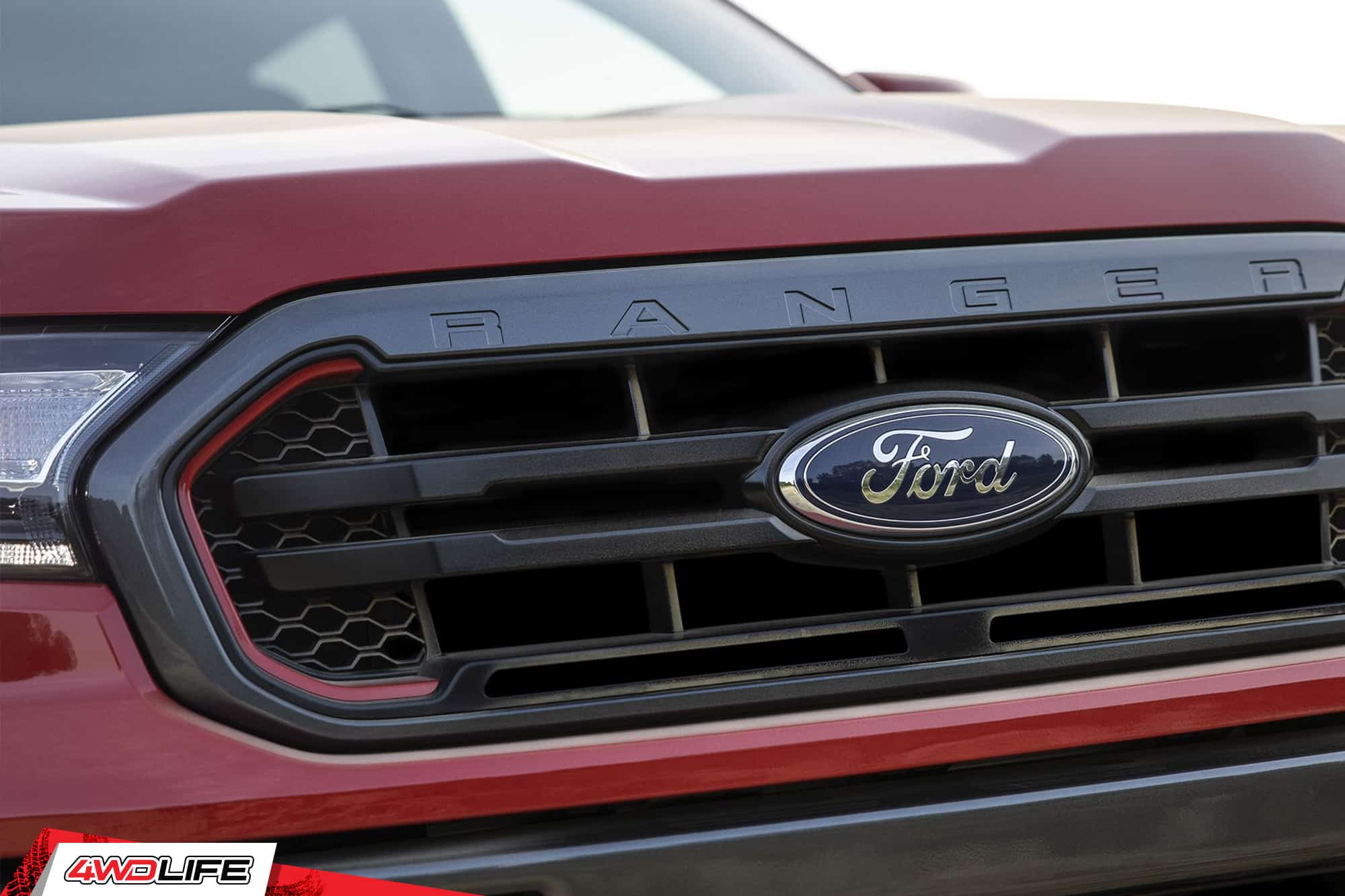 The Ford Ranger has positioned itself as a capable truck in the midsize pickup segment. However, owners have reported reliability and dependability issues that affect the vehicle over the years. Among the chief complaints include transmission and shifting issues, engine misfires, steering problems, vibration, cold start, and high engine idle.

The Ranger first hit the market in 1990 as a compact pickup and a smaller alternative to its big brother, the F-150. With an affordable price tag, smaller footprint, and capable engine, the Ranger became incredibly popular.

Ford dropped the Ranger in 2012, only to resurrect it seven years later. In 2019, the Ranger reappeared as a slightly larger midsize pickup, allowing dealerships to bank on a familiar name to sell to customers. The Ranger competes with other pickup trucks like the Toyota Tacoma, Nissan Frontier, Chevrolet Colorado, and GMC Canyon.

Before deciding on this vehicle, it’s a good idea to be familiar with these Ford Ranger problems.

Owners have reported experiencing transmission issues in their Ford Rangers. These include solenoid failure, gear slipping, and hard or delayed shifting.

Among the common symptoms of transmission problems are loss of power under acceleration, erratic warning lights, and jerky shifting. Fortunately, as a preventive measure, modern trucks will go into “limp mode” to prevent further damage to your transmission should its system detect faults in certain components. If ignored, these issues can lead to power loss.

Shift solenoid failures are common in the models with electric automatic transmission. Shifting issues can result from faulty or incorrectly installed shift valve springs of the solenoid assembly. Sometimes, these springs break or wear down. Other times, manufacturers and mechanics fail to install these properly during assembly or service.

Replacing solenoids and shift valve springs can be done DIY, but the automaker recommends having the car serviced at authorized centers or dealerships.

Gear slipping and hard shifting could also result from the transmission fluid being old or degraded. Low fluid levels can eventually wear down gear teeth, resulting in major transmission damage. Fluids should be checked during every maintenance service. Transmission flushes are standard for most vehicles at 30,000 miles.

A manual transmission Ranger will eventually need new gear oil, clutch, and flywheel when their lifespans are up in order to keep shifting smooth. A failing clutch can prevent gears from properly engaging and engines to stall.

No significant updates have been made to the current generation of Rangers since 2019. So, transmissions also went unchanged. Regardless of model year, you may run into these issues.

These can be avoided by abiding by load restrictions, following the recommended maintenance routine, and having the truck checked out as soon as symptoms appear.

Engine misfires happen when the fuel and air mixture is incorrect. You are likely experiencing engine misfires if you notice rough idling, poor acceleration, and engine sound changes. When these happen, your check engine might also light up.

Usually, misfires happen because of faults in the ignition system. When spark plugs wear out, they won’t be able to effectively aid in fuel combustion. When diagnosing misfires, spark plug wires and the ignition coil are checked. These components should be examined during servicing and changed when needed. Spark plugs and wires usually need swapping out at 60,000 miles.

Misfires can also occur when there is a vacuum leak. This usually happens when there are leaks between the air flow sensor and the engine. You’ll have to repair the leak. Gaps should be properly sealed. You should also check the intake manifold gasket for wear and leaks.

Engine misfires at highway speeds can also be caused by a synchronizer assembly failure. If the synchronizer fails, it could be a costly repair. Ford recognized it’s a known issue with service bulletin #05-22-121, impacting the 2000-2003 models.

Engine misfires are common in the pre-revival Ford Rangers more often than others, but the newer model years are also known to show signs of these engine misfire issues. Luckily, the most frequent solution is to replace spark plugs.

Some Ford Ranger owners have complained about steering problems such as jerkiness, heaviness when steering , and odd noises accompanied by handling issues. An obvious way to tell if you are having steering issues is when the steering wheel suddenly becomes quite heavy and hard to turn. These problems can stem from faulty steering knuckle spindles, power steering system problems, or steering shaft defects.

Steering problems can also stem from worn-out belts. The serpentine belt, for example, is connected to the power steering and air-conditioning compressors. Should the belt snaps, you’ll run out of cold air and notice it’s incredibly difficult to turn your Ranger. Belts usually screech when they’re getting worn out. Replace them as soon as you notice such sounds from your engine bay.

Power steering fluid and belts are part of the standard maintenance schedule for the Ford Ranger. Owner’s manuals state fluids should be checked regularly and topped off at every oil change, while you should follow the same advice for belts. Jerky steering can simply be caused by some air in the system and can be dealt with by pumping out the air.

The parts for a traditional hydraulic system shouldn’t be that expensive, especially since there are aftermarket and even used or salvaged parts available for older models. However, working on the power steering system can be a bit challenging to undertake at home, especially since it can be tough to access some parts without proper tools. Models that use the electric assisted system are best serviced by qualified mechanics.

Power steering issues affect older Ford Ranger models, but the 2020 and 2021 model years can also exhibit some symptoms. While some owners and critics complain that these are innate design issues, they’re more likely caused by faulty parts. If you’re lucky, you won’t have to go as far as needing to replace the entire steering column, but it’s a possibility for the new models that use an electric system.

Any shakiness that you feel while driving your Ford Ranger can be considered a vibration issue. These shouldn’t be dismissed as they can become safety issues. Sudden and unwanted vibration can catch you off guard while you drive, increasing your risk of a crash, particularly when it occurs at highway speeds.

Vibrations felt during high-speed driving often stem from the wheels and tires. To address this, you should check your Ranger’s tires. They may be flat or underinflated. Check your car and tire manufacturer’s recommended pressure and inflate your truck’s tires accordingly.

Wheel balance should be checked too. If weight isn’t evenly distributed, your wheels may wobble. Any reputable tire shop should be able to perform wheel balancing using a special machine. Weights are then added to certain spots of your wheels to balance them.

Vibration can also happen at low speeds. Low-speed vibrations feel like shuddering when accelerating from standstill. Sometimes, it can be as benign as gear hunting. This happens when the system tries to find the right gear depending on how heavy you step on the gas and the road or driving conditions.

Aside from these causes, you can also consider worn-out or broken engine mounts. Without the proper dampening effect of these mounts, the engine can jostle the rest of the car. Failing mounts can cause loud clunks and heavy vibrations that happen when putting load on the engine.

Standard maintenance will prevent most issues. However, if your car is a 2019 Ranger or newer, it’s best to have it checked by Ford as it may be affected by a known issue concerning vibrations at low speeds. Your dealership can check your truck and perform the necessary fix.

Diesel engines have a glow plug. It is a device that helps warm up incoming fuel and air to the engine. This helps the engine burn the fuel better. Busted glow plugs are often the culprit for cold start issues.

In some situations, the issue can be from other faulty parts. For instance, the Ford Ranger with the 2.5L turbo-diesel engine is known to have fuel filter assemblies that restrict airflow. Without the correct mix of fuel and air, the engine can struggle running. Replacing the assemblies can eliminate the problem.

It’s normal to experience higher engine idle when you first start up the Ford Ranger. It’s a mechanism that allows your engine to warm up to operational temperature. The problem is when this high idle extends past a few minutes even when the engine should be ready to drive.

Ford Rangers from 1990 to 2010 are particularly suspect when it comes to this issue. Complaints involve engines operating at high RPM long after starting the vehicle and are often attributed to a bad powertrain control module (PCM). Affected trucks can suffer from poor performance and gas mileage. Replacing the control unit can solve this.

Similar to the engine misfiring issue, high or erratic engine idle can be attributed to a vacuum leak. You can check the air hoses and gaskets for gaps and cracks. Also check the PCV valve while you’re at it. Replace them if they are damaged or show signs of wear.

Sometimes, idling can be a sensor issue. It’s possible for the mass airflow (MAF) sensor or the throttle position sensor to be faulty. These parts may be sending faulty readings to the engine control unit, resulting in high idle. Cleaning the MAF or replacing these components can address the problem.

Is the Ford Ranger Reliable?

This list is by no means the only complaints about the vehicle. Each model year has its own set of quirks.

The NHTSA compiles a list of recall advisories2 which show that certain model years of the Ford Ranger are indeed affected by certain faults. For example, the 2004 to 2006 Rangers are reported to be equipped with faulty airbags. Rangers affected by the recall can get their pickup trucks repaired at Ford dealerships. You can check the NHTSA if your model year is affected by any recall.

Experiencing any of these common problems can put off many drivers. But the reality is most of these problems can and do happen in other vehicle brands and their various models, even the best-selling ones.

So, the Ford Ranger can still be generally considered a reliable vehicle within its class. As with most vehicles, following recommended maintenance will allow you to avoid many of these problems.