A performance programmer is one of the best investments you could make for any vehicle, but that goes double for the Chevy Silverado 5.3L. A big car with a seriously powerful engine, Chevy models with a 5.3L engine can enjoy some genuinely outstanding improvements to things like fuel economy, horsepower, torque, and emissions. Below are our picks for the best on the market. 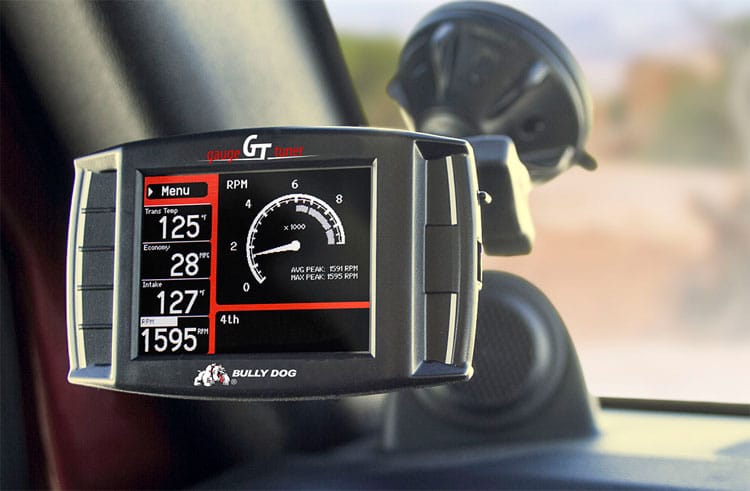 For our first pick, we wanted an option that has a little bit of everything, and the Bully Dog GT Gas fits that description perfectly. This product is what would show up as the picture next to the dictionary definition of a performance programmer. It’s a product with lazer focus, entirely concerned with enhancing all aspect of the Chevy Silverado 5.3L.

One of our favorite things about the Bully Dog is how easy it is to access different settings. The programmer separates its different settings, of which there is an impressive amount of premade and preinstalled, into folders it calls “tune modes.” Other programmers frequently allow for their more intuitive and useful functions to get buried under a sea of complex numbers and unintuitive user interfaces. As such, seeing a programmer convey so many stellar options so effortlessly is a breath of fresh air. 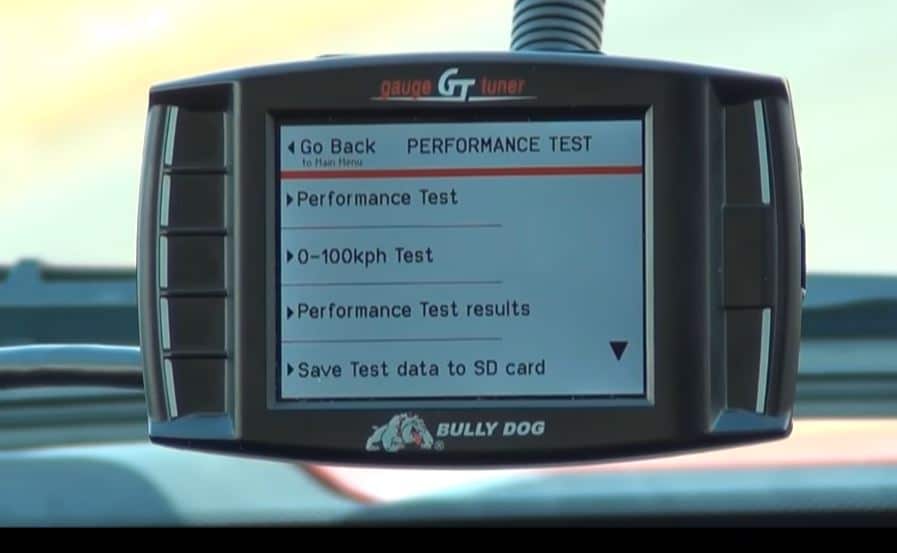 This isn’t ad copy, however, and for all its positives, the Bully Dog could stand to improve in a few areas. For as effective as it is at conveying information, the default OSD sacrifices a bit too much screen real estate in the name of aesthetics for our liking. It does a great job of looking like a high-tech speedometer, but it’s large font and bold colors could just have easily been used to display more relevant information. Instead, it has you dig through more menus than you really need to. This drawback is minor in the grand scheme of things, however, and the Bully Dog GT is absolutely worthy of your consideration.

The Bully Dog is an all-around fantastic option. We were most pleasantly surprised by the performance gains for the truck’s capability features. Rock-crawling and offroading feel significantly easier after installing the programmer, and the truck felt more solid as a whole after loading up a manufacturer tuning profile. 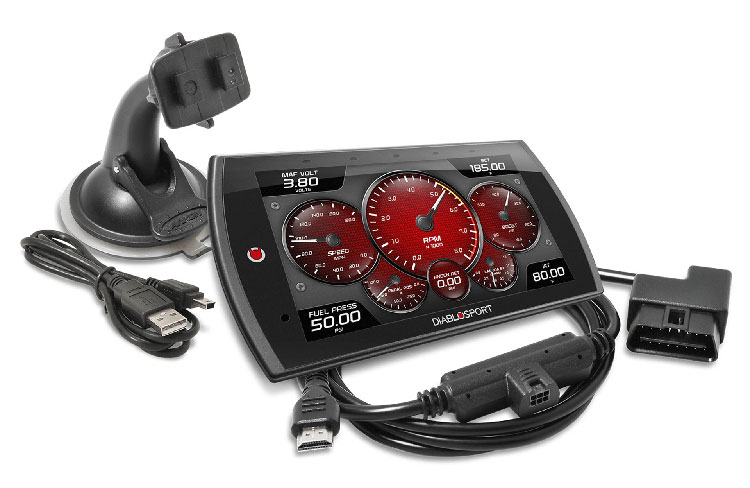 The DiabloSport Trinity 2 is a programmer for hobbyists, truck enthusiasts, and tinkerers. In fact, it might just be the programmer for those groups. It’s a model that is all about power and optimization. And considering this is a writeup for engine programmers, hardware that is explicitly designed to enhance those factors, that distinction says a lot.

The DiabloSport makes no effort to be humble about this—it markets itself from the get-go as the best option for those interested in hobbyist-level racing and engine optimization. On the software side of things, the device does an exceptional job of displaying vital statistics in a fast and efficient manner. It also has a uniquely spacious OSD, which means you will have a ton of screen real estate to work with when making specific adjustments. And lastly, for a programmer that is as concerned with power as it is, the DiabloSport provides admirable boosts to an engine’s fuel economy as well.

If we had to find an issue with the product, it would be its aesthetics—it looks a 12-year-old designed the cockpit for a fighter jet. That’s a nitpick, however. Considering what the device is using for, that look may well be on-brand anyway. Overall, you would be hard-pressed to find a better programmer than the DiabloSport, especially for the Chevy Silverado 3.5L.

The huge gains to torque, RPM, and horsepower are immensely substantial and easily the best on the list. With torque gains of nearly 500 lb-ft and HP gains bordering on 200, we love how the preloaded tuning files make the Silverado feel like a whole new vehicle. You’re going to enjoy the sheer power the programmer offers, as well as the new degree of stability it adds to your truck. 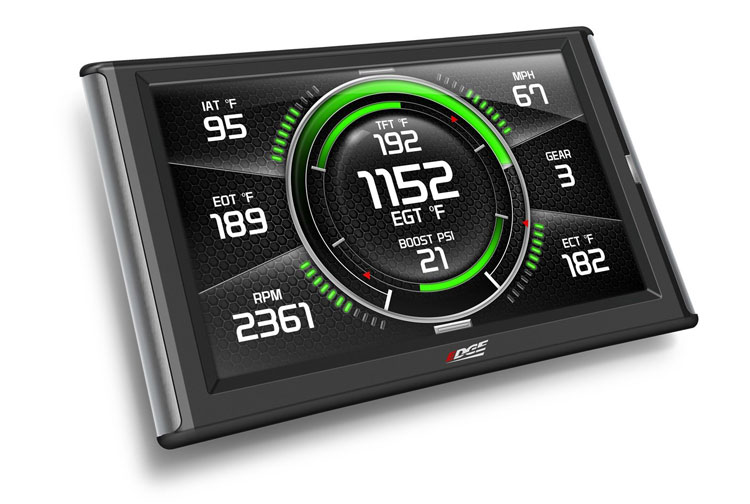 A fantastic middle-ground option, the Edge Gas Evolution is another stellar pick. It provides modest improvements relative to the options that precede it, but it offers those modest improvements to virtually every aspect of the Chevy Silverado 5.3L. This programmer will be the choice for someone who wants a uniform boost to their truck, as opposed to an enormous one to a select few areas.

Keeping in line with its everyman approach to programming, the Edge Gas Evolution is extremely easy to use and customize. It offers tons of pre-made modes as well, making it a great choice for beginners and those who don’t want to do a ton of fussing with the software. It’s a great choice in just about every aspect.

The Edge Gas programmer may be the easiest to use on the entire list. Loading new tunes, whether they’re custom or premade, is incredibly easy. Not only that, but the way the programmer integrates with the Silverado’s CPU makes the car much faster on a software-level as well. You’re going to be able to perform simple tasks at a much faster pace with the Edge Gas programmer, and that’s a bonus that is hard to beat for daily use. And all of that is without even mentioning the incredible gains to torque your Silverado will enjoy with this programmer. In short—it’s awesome. 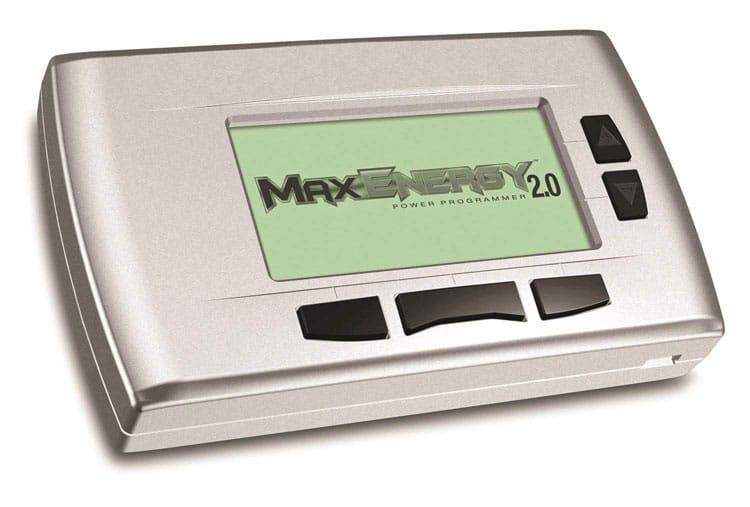 The Hypertech is the closest thing the DiabloSport will see to competition in terms of performance. In fact, the two are the most commonly compared products on the market. In our opinion, both are exceptional choices. The Hypertech is far more concerned with fine-tuning than it is with extreme results, which provides it a number of excellent utilities.

First, the programmer allows you to make adjustments to automatic transmissions. Plenty of Chevy Silverado models forgo manual transmissions, so having a fantastic option for automatic drivers is a positive all around. It also lets you make calibrations to your speedometer, which can work wonders if programming adjustments meddle with your truck’s software. Lastly, it provides all of this at an excellent value. For what you’re getting, the Hypertech’s value is peerless. Just one major criticism—the OSD is awful. Where other programmers use full-color OSDs, the Hypertech opts for an LED that looks like the display for a 1990’s handheld video game system. In 2018, that is a pretty heinous oversite, but the product delivers on so many other levels that it’s an easy thing to overlook.

The HyperTech is an awesome tuner for those as interested in specific tunes and adjustments as we are. You will be able to fiddle with every nook and cranny of your Silverado’s engine, and the performance additions, especially those affecting the truck’s fuel economy and functional RPM, are remarkable. We highly recommend it for those who want to overhaul their vehicle’s handling experience completely. 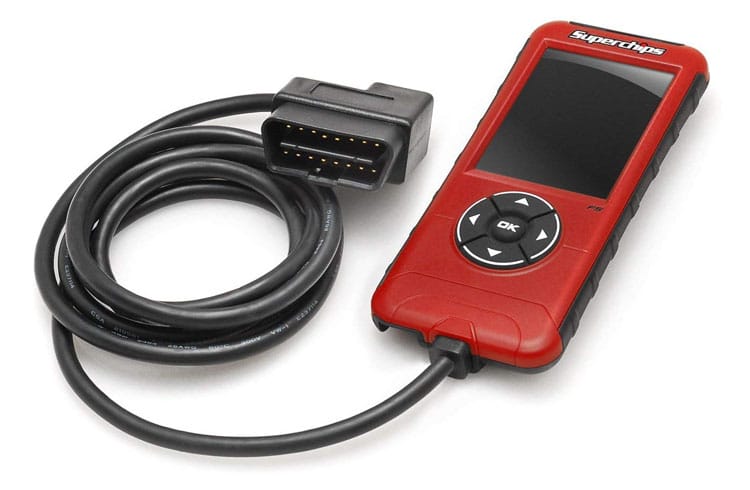 Lastly, the Superchips Flashpaq F5. The most off-kilter entry no this list, the Flashpaq certainly isn’t the best choice for everyone. In much the same way the Hypertech focuses more on programming specifics than it does results, so too does the Superchips, but to an even more drastic degree. This device is not the option for those who want their engine to purr like new once things are said and done. The results on offer here are relatively mild, unfortunately. 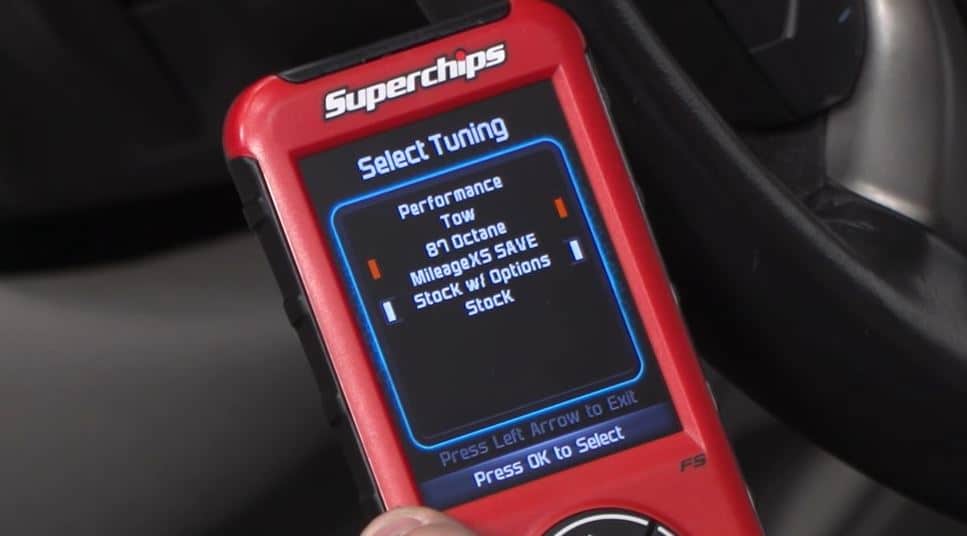 So what is the Superchips good for? Optimization and efficiency. This device is highly customizable and capable of some astoundingly precise calibrations. Where simpler programming yields greater power, more precise programming offers greater efficiency. The fuel economy, noise reduction, and emissions improvements on offer here are remarkable. Chevy Silverados are big vehicles, and the 5.3L engines they boast are immensely powerful pieces of hardware. What can such a small programmer offer such a large vehicle? Savings, savings, and more savings. If you use your truck for long hauls and domestic commutes and aren’t particularly concerned with things like off-roading, rock crawling, or racing, then you’re missing out by not equipping your Silverado with one of the units.

We really love the programmer’s easy to use, full-color OSD. It’s also the fastest programmer in terms of processing speed on the entire list, which means applying tunes and updates was a quick, intuitive process from beginning to end. The gains to towing are especially impressive, as it offers gains and traction that far exceed its form factor. Overall, the Superchips is an awesome tuner through and through.

What You Should Know Before Buying

What makes a programmer a good fit for the Chevy Silverado 5.3L?
These products aren’t just the best programmers on the market—they’re the best for the Chevy Silverado 5.3L. What makes a given programmer more beneficial for one manufacturer’s line of vehicles is determined by a few different factors. The most obvious is compatibility. Not all programmers are universal. The opposite is true, in fact: because of the complexity involved with newer trucks on a software level, most programmers will be forced to limit their compatibility to only a few different manufacturers, potentially only one. Obviously, all of the above picks are guaranteed to be compatible with all models of the Chevy Silverado, but you will want to keep this in mind if you decide to look at models that we haven’t included.

Second, the Chevy Silverado is a truck, and it’s one the best on the market. Truck owners want increased hauls, more engine power, better fuel savings, and a whole lot of torque. As such, all of the above models excel in these areas. We made sure that there’s a good variety in terms of specialties—some are better for horsepower where some are better for efficiency, for instance—but none of these programmers are devices you would want to stick on Prius.

Which programmer is the best long-term investment?

The Hypertech 2000. It offers an insane amount of features and functions at its price point.

Which programmer is the best budget option?
The Superchips Flashpaq F5. While not much less expensive than other options, the fuel savings on offer will pay for themselves in no time.

Which programmer is the best overall?
The DiabloSport Trinity T2 EX. A performance programmer through and through, this is the device you want if you want to take your Chevy Silverado 5.3L to the next level.

To Sum Thing Up…

And that’s that—our picks for the best performance programmers for Chevy Silverado 5.3L on the market. Any of the above are stellar picks, so take the time to do some careful consideration before pulling the trigger. That said, you can’t go wrong with any of them.